You are here:
BusinessNewsThe creation of The Trafford Centre

The creation of The Trafford Centre

On September 10th, 2018 intu Trafford Centre celebrated its 20th anniversary. It was the largest and most unique out of town retail and destination to be developed in the UK at that time and remains so to this day.

David Glover was the Construction Director for the project and had the Herculean task of leading the large and complex teams of contractors and sub-contractors to make The Trafford Centre a reality.

David said: “We started on-site one year after the House of Lords granted planning permission and we spent those 12 months working with the architects and other team members to plan and design the classical scheme. Even by the time construction began, we didn’t have a fully signed off design and we modified it as we went along.

Dedication and team spirit speeds the project on

It was the dedication of the Peel team and its consultants and contractors that pushed the job on at such a relentless pace - the team had just 27 months to complete this immense project and the clock was ticking.

David added: “One stand-out memory was that while it was intense, there was a great team spirit between us, our contractors and consultants. At its peak, we had 3,000 builders on site. We needed that camaraderie to get us through the fast pace and limited timescales of the project. People put their hearts and souls into it. As time progressed, they referred to The Trafford Centre as if it was their own home. They saw it as ‘theirs’ and gave such dedication and passion to the job. Many of these contractors still work with Peel today.”

The steel work shell of the building was constructed relatively quickly. However, “there was so much to do inside. We had teams making a start in different places and would sometimes work around the clock when tight deadlines had to be met.”

“During the fit-out period the intensity increased. We had our own contractors on-site as well as store fit-out contractors. The number of people on-site doubled in size!”

Locals were employed whenever possible but the team had to cast the net far and wide to achieve the fine balance of sourcing appropriate, value for money materials which would give the desired high end finish.

The marble, stone and granite was largely sourced from Carrara in Italy, with other materials also coming from Brazil, Russia and India.

Years later, geology expert, Dr Fred Broadhurst, would describe The Trafford Centre as “the best place for an introduction to earth science,” saying, “it was an unlikely showcase of planet earth with its vast display of marble and granite created thousands and millions of years ago through molten rock cooling and crystallising and by massive earthquakes.” In papers, he would go on to muse about the Carrara marble and fossilised shellfish on display in Regent’s Crescent as “some of the finest” he had ever seen.

The hundreds of statues and dozens of marble lions which adorn the malls and its public areas were also initially sourced from suppliers in Italy. However, as the neo-classical theme evolved so did the demand for the statues and many dozens would be replicated in China and shipped over.

The seven fountains were sourced from Crystal Fountains in Toronto, as David explained: “Nobody else could give us fountains with the wow factor.” The search for the perfect fountain paid off. Visitors young and old, to this day, are captivated by the famous ‘Dolphin Fountain’ which periodically shoots many metres into the air with such precision it lands in the exact same place with barely a splash.

Such attention to detail proved fortuitous for local charities who benefitted from the Fountain Fund which was born from the many thousands of ‘make a wish’ coins that were tossed into the Centre’s fountains each year.

Over the past two decades, a key component to The Trafford Centre’s success has been its ability to evolve and adapt to retail trends, due to the flexibility of its design.

“By incorporating mezzanine levels into the structure, it has enabled the larger retailers such as Next, Topshop, as well as Marks & Spencer, to expand outwards and within by incorporating additional levels.”

By having the original, large open spaces such as Festival Village and The Place, it future-proofed the Centre, giving the option to create a new department store with John Lewis in 2005 and extend the Orient in 2007 to form the Great Hall, which enabled more restaurants and the breadth and quality on offer to grow.

The scale of the Great Hall was a challenge. “The grand sweeping staircase was made in China and brought over piece by piece. Weighing mega tonnes, it was amazing to see each section of balustrade carved by hand. Happily, they all pieced together perfectly. The giant lantern, which is the biggest in the world, was also made in China. It is the perfect place to produce these bespoke items.”

The creation of The Trafford Centre is etched in David’s mind as clear as the day he was standing on the construction site seeing it take shape. Today, he stands alongside thousands of others milling along the mall, either on their way to work, shopping or on a day trip and reflects: “I still notice the number of people walking around, taking pictures. It still attracts interest from architects and consultants from all over the world.

“It was never just about The Trafford Centre – the wider destination, now known as TraffordCity, was always planned. Once the Centre opened, we always said it was ‘the end of the beginning.’”

Another major part of the wow factor was the Centre’s leisure and dining area – The Orient. It was the first concept in the UK to combine leisure and dining on such a vast scale, created in a space a third larger than London’s Albert Hall. The 1,600-seater food court became the largest in Europe.

The Orient features interconnecting themed areas; China, New Orleans, Egypt, Venice, New York and Morocco, set in and amongst the backdrop of an Ocean Cruise Liner.

David explains: “A degree of theming had taken place in Meadowhall, Sheffield, but nothing like what we wanted to achieve here.”

“We visited Hong Kong and Tokyo to gain inspiration for the gaming and leisure element which encouraged the deal with Namco. We loved the concept which was working well in Hong Kong and has stood the test of time here.” 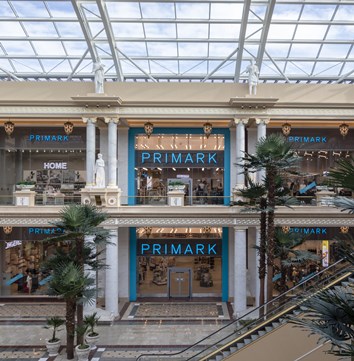 Primark, the international retailer that offers high quality fashion at value for money prices, will open its new store at The Trafford Centre on March 20th. 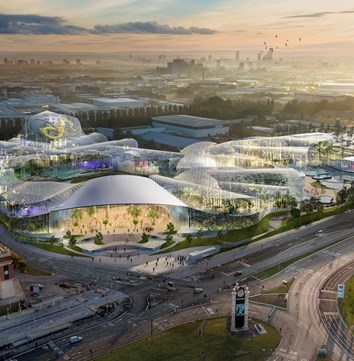 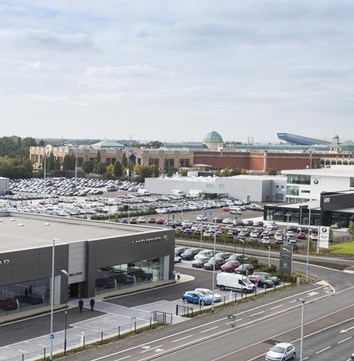 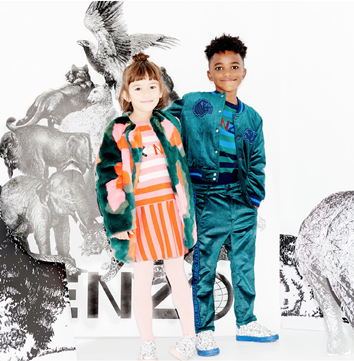 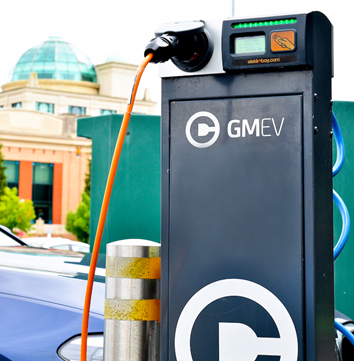 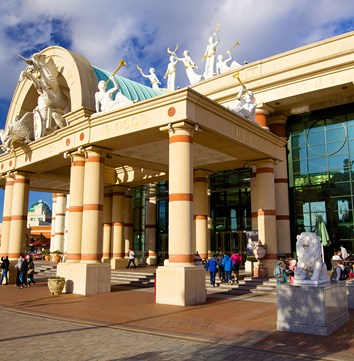 The story behind The Trafford Centre’s name

The story behind The Trafford Centre’s name

Prior to the arrival of the Manchester Ship Canal in 1894, what we now know as Trafford Park was, in fact, a five-square-mile deer park... 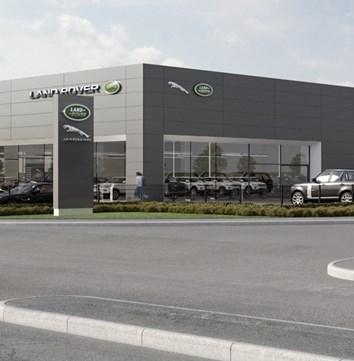