You are here:
BusinessNewsReflecting on 2020 – a year of investment, development & change in TraffordCity

Reflecting on 2020 – a year of investment, development & change in TraffordCity

As the exciting news landed this week announcing there’s a £60 million Surf Park, named Modern Surf coming to TraffordCity, we wanted to take a look back over the past 12 months to reflect on the change, development and investment in the area.

2020 has been a year full of development milestones for TraffordCity. Whilst the world came to a standstill in the spring, following the outbreak of the Coronavirus pandemic, planning applications and store openings continued to progress within this unique city within a city.

Sustainability high on the agenda

With sustainability high on the news agenda and front of mind in TraffordCity, January saw a number of Peel L&P buildings become the first in the UK to achieve net zero carbon status – including the state of the art, commercial office building Venus, home to Travel Counsellors, Spie UK and is now home to the Peel L&P headquarters.

February saw the green light shine for eight, new FA approved all-weather football pitches and changing rooms on a three-acre site adjacent to Beyond, the official name for the building in which Chill Factore calls home.

James Whittaker, Executive Development Director at Peel L&P commented: “We’re committed to providing grassroots football for the people of Trafford, so we’re pleased to be working with Fives on securing funding for the facility to be developed. 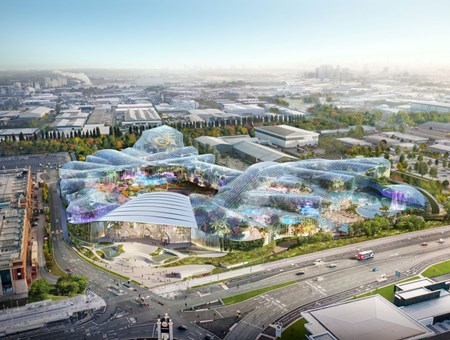 As spring sprang, so did the news that Trafford Council had unanimously approved plans for Therme Manchester to bring their £250 million health and wellbeing resort to TraffordCity. It will be the first of its kind in the UK and is forecast to attract up to two million visitors per year, within five years, making it the most visited water-based attraction in Europe. It is set to open in 2023.

Speaking on the approval, Stelian Jacob, Senior Vice President of Therme Group Worldwide and CEO of Therme Group UK, commented: “Therme Manchester will transform life for city residents and people further afield, creating a fun and accessible experience with profound health and wellbeing benefits for all.”

Progress continued in the Greater Manchester destination, as the Metrolink opened its Trafford Park line in March, connecting TraffordCity to the city centre and a string of other visitor destinations along the way; MediaCityUK, The Imperial War Museum North, Manchester United and Manchester Waters. The new metrolink extension is pivotal in unlocking the TraffordCity’s remaining development potential.

The summer months brought uncertainty to many as we saw some venues close temporarily following the first lockdown in the UK. Retail giant, intu, and operator of The Trafford Centre entered administration in June, as widespread and unprecedented change in the retail industry began to unfold. Fortunately for shoppers, The Trafford Centre has remained open and is now under new management. 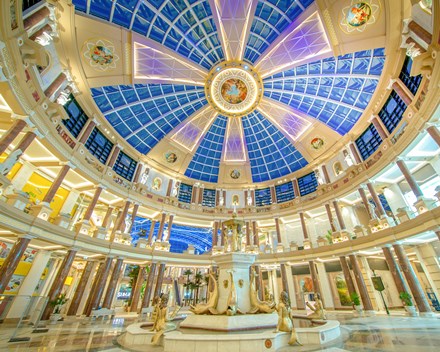 The Trafford Centre has celebrated several store openings and milestones in 2020, including the grand opening of the newly renovated Barton Square bringing a 64,800 sq ft Primark store for shoppers to enjoy. Rituals, Tommy Hilfiger and Slim Chickens opened new stores at the landmark shopping centre with the highly anticipated Archie’s set to open before Christmas 2020.

The economic impact of the Covid-19 crisis on the events and hospitality sector unfortunately became far more extreme than anyone could have envisaged and plans for the relocation of a new purpose- EventCity to make way for Therme were aborted and the venue will officially close by 31st March 2021.

Reflecting on the last 12 months, James adds: “There has been plenty of change in TraffordCity in 2020 as we have welcomed new brands and experienced ups and downs across the destination. We’re passionate about investing and developing the destination for the local community and beyond to enjoy. Bringing Therme to TraffordCity will be a game changer – the economic and social benefits it will bring will be immense.” 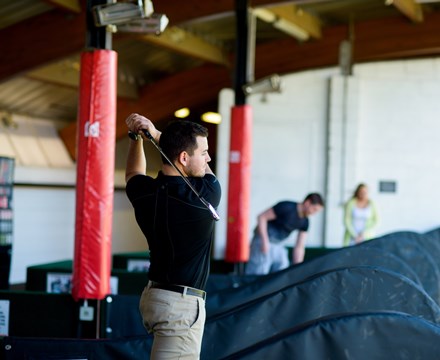 By May, under the Government’s new rules and restrictions, Trafford Golf Centre, safely re-opened and continued to soar in popularity, hitting over three million golf balls between May and August – including 73,000 in one day, the record number of balls hit at the TraffordCity venue to date. The Academy at Trafford Golf Centre is also reporting growth as it welcomed three new team members, meaning they are now an 11-strong group of PGA registered professional golfers.

Pete Styles, Trafford Golf Centre’s director of golf said: “2020 has certainly been a year of mixed emotions, we have experienced many highs and lows as a venue, but we’re pleased to be growing and investing in the facility to benefit golfers in the north west.”

TraffordCity is also home to Peel L&P’s Trafford Retail Park and the AJ Bell Stadium which have both seen the completion of new Aldi stores as well as a Starbucks drive-thru within the retail park. The new phase of Trafford Retail Park has brought additional parking including electric vehicle charging points and CCTV for security.

Planning has also been secured for a new drive-thru unit adjacent to Starbucks on Barton Dock Road and Peel L&P is set to announce the retailer in the new year. 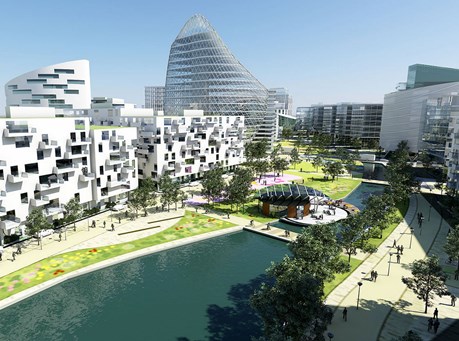 As TraffordCity enters its next phase it will become a destination where thousands will call home.

Outline planning permission to create a new sustainable community across 53 acres of land on the banks of the Manchester Ship Canal, adjacent to TraffordCity, will create 3,000 new homes for 5,000 key workers, young professionals and families.

Trafford Waters will be one of Greater Manchester’s largest mixed-use developments supported by a new school, health centre, 800,000 sq ft of commercial office and workspace plus convenience retail set in attractive public spaces.

Strong interest from developers has been secured in taking forward the first stages of residential development, with planning applications due to be submitted in early 2021. 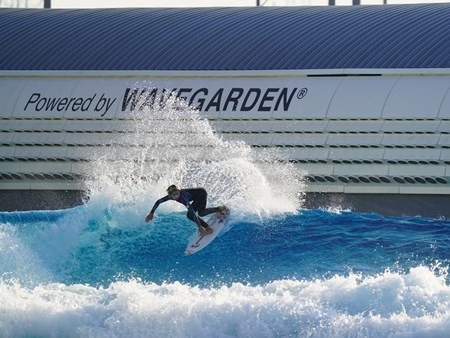 Most recently announced is the news that TraffordCity is set to become home to the region’s first surfing lagoon after plans by Belfast-based property developer, McKinney Group, documents submitted to Trafford Council reveal.

The £60million Modern Surf scheme will be located on Peel L&P’s brownfield site off Barton Dock Road in Trafford Park and would be the first inland surfing facility to open in the region by 2023. The project is estimated to create around 100 full-time equivalent jobs.

Billy McKinney, Managing Director at McKinney Group said: “This is a really exciting project to be bringing to Greater Manchester. On the back of becoming an Olympic sport, surfing is growing in popularity and our plans will deliver perfect and consistent waves to TraffordCity and build on the region’s excellent and world leading sporting assets.”

James concludes: “Our vision is to be the UK’s number one destination for the retail, leisure and business in a sustainable environment where over the last 25 years we have created over 17,500 jobs and invested over £1.6 billion.”

“We’re pleased to be working in partnership with McKinney Group on the plans for Modern Surf, which will bring something unique to the already strong leisure offering. Alongside Therme Manchester, Modern Surf will be another fantastic leisure attraction to TraffordCity that will compliment all the surrounding businesses.”

As we move towards new beginnings, the team are working hard in the background with partners to ensure the momentum continues. Peel L&P are committed to unlocking substantial development opportunities within a rapidly evolving destination with TraffordCity set to become of the UK’s foremost retail, leisure and commercial destinations.

As we look ahead to the future, TraffordCity will play a pivotal role in attracting new investment, employment, infrastructure and visitors to stimulate the north west economy and beyond.