my bike commute to TraffordCity

What's it like to cycle to work at TRAFFORDCITY?

Our blogger describes her daily commute along the Bridgewater Way...

About ten years after cycling became cool again I’ve decided to join the revolution (I always was late to the party). Growing up I was the only girl who cycled to school but things were a bit different then – getting older and having children makes you far less brave and the thought of cycling in the city filled me with horror – pollution! Traffic! Ugly high viz clothing! *shudders*. Media coverage of cycling in Manchester didn’t exactly help either.

However, as time has gone on and the gym has started to lose it’s appeal, I began to wonder whether I couldn’t just get out there and give it a whirl. After all, despite the bad press (much of it fully justified) there must be some safe routes out there? The growing numbers of cyclists in Manchester can’t all be wrong? I hate the thought of people being put off cycling because they live in an urban area and it would be brilliant to have a few easy, fun routes up my sleeve. So for the sake of my children and also my waist line, I’ve decided to dust off my push iron and seek out the safest routes across the city. First on my hit list, is my commute….

My better half is a cyclist and he’s always commuted into the city but after watching him compete on Strava and seeing the lycra clad commuter tribe whizz past me in a traffic jam, the idea of it filled me with horror. I work at TRAFFORDCITY and live in Altrincham so the obvious route is the Bridgewater Way, the towpath which follows the Bridgewater Canal.

Living in Trafford, I knew about the Bridgewater Way and fellow mum-friends had extolled the virtue of this traffic free haven in the city – excellent for pram pushing, feeding ducks, waving at boats and teaching kids to ride their bikes with the added thrill of avoiding an early bath in the canal.

I work out I can join the Bridgewater Way near Timperley Metrolink with just a short ride on road before I join it. From there, it’s a straight forward 7 mile ride to the back of Barton Square where (according to a popular online map resource) there’s an access point off the canal behind Barton Square carpark. From here, there is a dedicated cycle path all the way round the Trafford Centre. I literally have no excuse!

All the gear no idea

Chose a beautiful morning to do my first commute today– I set off, full of the joys of spring and join the Bridgewater Canal. I pass the lovely Walton Park, through Sale, over the Mersey, into Stretford and then Old Trafford before realising that I am almost in the city centre and completely lost! Surely only an idiot could get lost on a LINEAR ROUTE?! I swallow my pride and ask a passing cyclist the way to the Trafford Centre.  He tells me I must have missed the left turn to Trafford Park because this is the branch of the canal that heads into the city centre.  He shakes his head sadly at me and points me back from whence I came.  I swear I hear him tut as I watch him and his twenty five thousand pound bike zoom off in the other direction. Deflated and feeling slightly stupid, I text my boss to tell her I’ll be late and arrive at work 20 minutes later dishevelled and red faced. On the second day, I don’t get lost but I forget my bike lock and deodorant.  I feel like a total rookie but at as they say, I’m lapping everyone on the sofa.  Even if they do smell sweeter than me.

As the weeks go by, my fitness improves massively and I am delighted when find I can get my commute under 40 minutes door to door which is actually quicker than driving at peak times. I realise I miss it if I drive into work and I’ve started to love my trips on the Bridgewater Way.  One of my favourite parts is the tree-lined section through Trafford Park and up to Barton Aqueduct over the mighty Ship Canal.  I regularly see a heron sat near the lily pads here and during the summer it looks really pretty.  If it weren’t for the odd chimney poking out of the trees and the sweet malty smell of Kelloggs making me ravenous then I could nearly imagine I was on a cycling holiday in rural France, not on my way to an office job at TRAFFORDCITY!

It almost makes me want to relinquish my gym membership for good, but then I think of our long, wet, English winters… Although, I have got my eye on a lovely high viz waterproof at Evans… Oh no, what have I become?

a daily bike commute along the canal 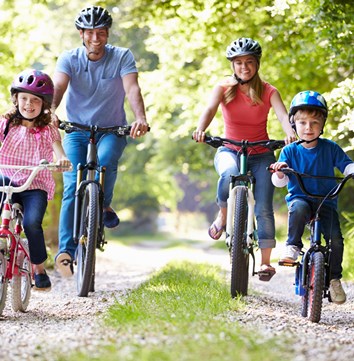 We find out what Love to Ride is all about and how you can take part and enjoy the benefits of riding a bike.

Junior Coaching at Trafford Golf Centre is back

Junior Coaching at Trafford Golf Centre is back 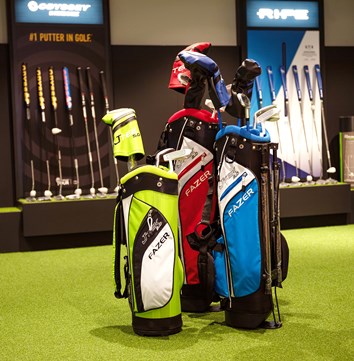 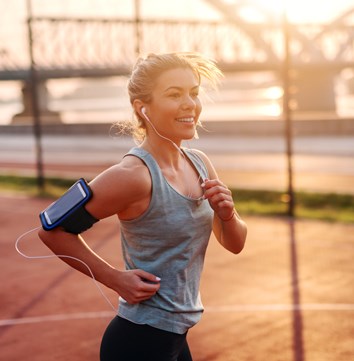 Outdoor activities to enjoy at TraffordCity

Outdoor activities to enjoy at TraffordCity 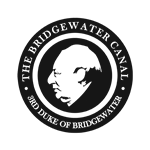 Want to be the first to hear about exciting events, treats, prizes and news from TraffordCity?